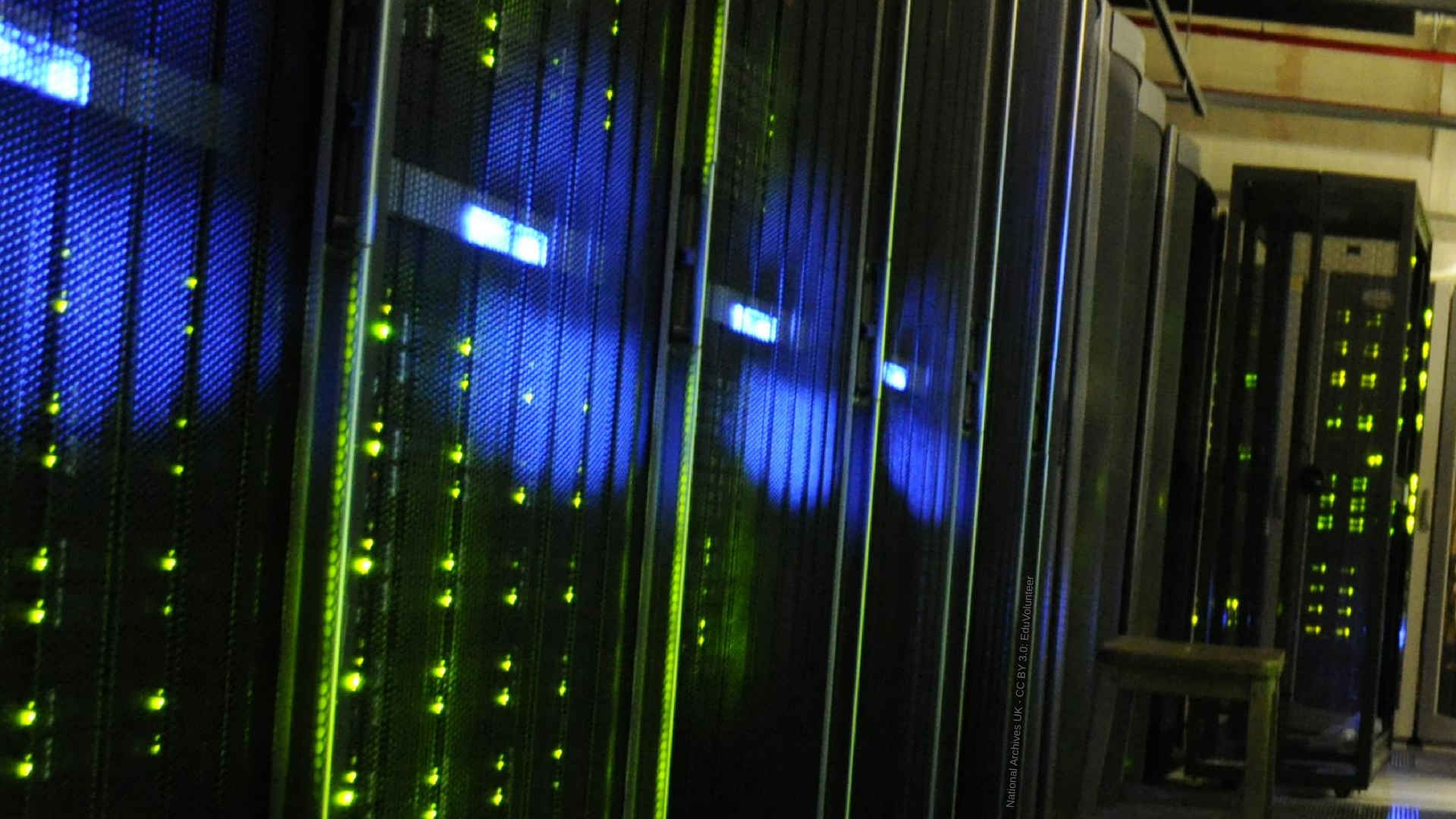 Racks of servers blinking and humming away can really be impressive. I have seen one planetarium that put glass walls on their server room just to show off their racks of computers. Are all these computers really necessary or desireable with recent advances in technology?

One of the special benefits of an Æthos® digital planetarium solution from Digitalis is that we use a modern unified architecture. To understand what that means, compare this to the traditional design using multiple discrete computers doing different tasks:

In a typical multi-projector planetarium system each projector is driven by one (or more) Image Generator (IG) computers. These are controlled by a master control computer that the user interacts with in order to control the simulation. There may also be a separate media server for managing and playing fulldome videos, for example, across all the IG computers. The level of integration between the separate computers varies by vendor and model, but each piece has to communicate and synchronize with the others in order to produce a seamless final projection on a dome.

In stark contrast, our unified architecture employs a single computer that performs all these tasks:

Thanks to advances in multi-threaded processors and ever more powerful Graphics Pocessing Units (GPUs), you can replace an entire rack of computers with just a single Digitalis server. This is a much more elegant design, where data does not need to be copied or downloaded across the network multiple times, and all synchronization happens on the single server. Scaling simulations to large resolutions can still be challenging, but these are generally easier software engineering problems than a multi-server architecture.

As our user interfaces are all networked or wireless, no one has to sit at the master computer to operate the system. But thanks to its efficiency, the server is nearly silent at standard room temperature and can be located at the console desk. The expense of a specially built climate-controlled server room is avoided.

Here are key benefits of a unified architecture:

Sound too good to be true? Well, there are always tradeoffs. A unified architecture will not scale to as many projectors as the traditional architecture can. But right now this drawback is not relevant for the vast majority of planetariums, who could take advantage of the benefits of an elegant unified architecture today to upgrade or supplement their existing projection solution.