Will VR Kill the Planetarium? 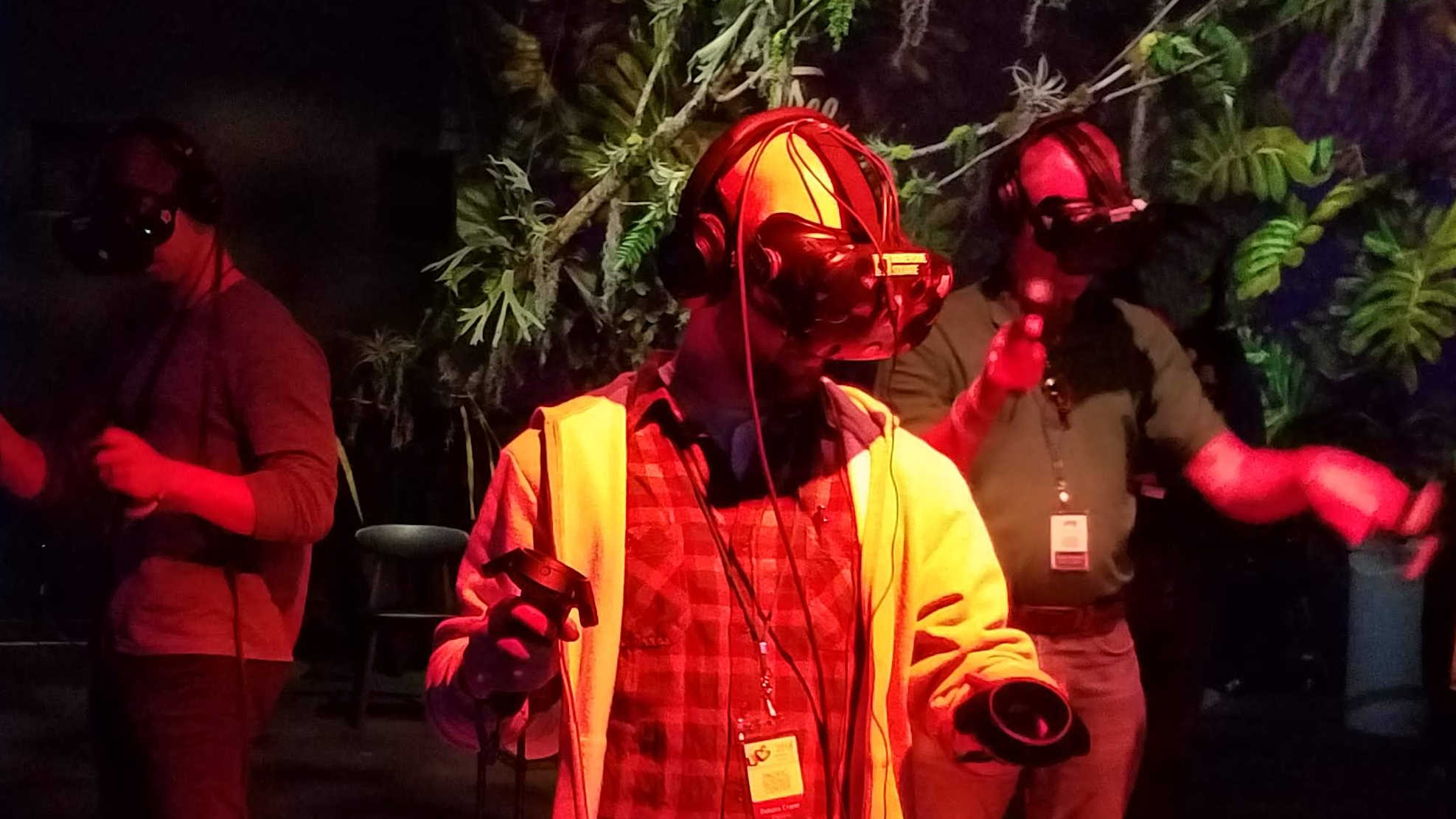 You have likely seen the VR headsets. A viewing device is strapped to a participant’s head allowing that person to see a computer generated “virtual reality” in any direction that person looks. An increasing amount of content is being created for virtual reality and even some movies designed to be watched in a planetarium are being re-designed to be viewed in VR.

Some might argue that a planetarium was one of the first virtual reality systems. A planetarium used the technology of the day (a ball with holes and a light source inside) to project the stars of the night sky onto a dome. The early planetarium required a guide to curate an experience for the audience. The planetarium allowed the educator to adjust geographic location and time to demonstrate things which are difficult to show in “reality” such as daily motion, moon phases, annual “motion” of the Sun along the ecliptic, etc.

Evolving technology has allowed planetarium projection systems to go much further than previously imagined. We use the virtual reality simulation technology of today. No longer limited to a view from earth, we can virtually fly an audience anywhere in the known universe and model phenomena difficult to show in an early planetarium such as eclipses, orbital perturbation, topographic data, etc. A presenter has exponentially more tools available to explore topics of interest unique to each audience, and is not even constrained to astronomy.

The live presenter can explore questions from the audience so that every presentation is uniquely tailored to their needs. Unlike a VR headset experience, which is isolating, you are in a shared communal experience where you can learn from the presenter and your fellow audience members.

Modern projection technology also allows for "fulldome" movies designed specifically for the planetarium. A movie can be a visually stunning and educational experience for an audience, but it is also passive and static. An audience can’t ask a question to a movie and it is exactly the same experience each time everywhere it is shown. In my view, there has been an unfortunate trend for some planetaria to have no live presenter and simply show movies in place of a much more valuable live, interactive experience.

Meanwhile, the same evolution in technology allowed our telephones to go from rotary-dial land lines to powerful portable computing devices with un-curated access to much of humanity’s collected thoughts. People can easily install planetarium software on their phones. But much of this is “knowledge” without curated “wisdom.” For example, a friend once waxed poetic about “watching blue Neptune set over the horizon” – even though he couldn’t actually SEE that distant planet without a telescope. His phone told him Neptune was there and he convinced himself he was actually seeing it. He didn’t have anyone to help correct his misconception.

VR headsets may actually be better than a planetarium for an individual to passively screen prerecorded content. A VR “screen” is a full sphere, not the half-sphere of a planetarium dome. Many movies made for a planetarium are actually “forward facing,” effectively using only one quarter of the full sphere. Perhaps the challenge and opportunity for fulldome movie producers is to determine how best to use the full spherical space provided by VR systems.

If more individual and passive experiences such as full-length movie screenings are moved more to VR headsets, planetarium domes may have the time and other resources to return to the live, interactive, communal learning experiences for which they are so well suited. The planetarium will continue to make use of VR technology such as spherical video, 3D models and data visualizations, etc., but in a way that builds a unique experience for each audience. Adding short fulldome or spherical video segments to a live show can also serve to enhance the presentation, as it breaks up the program into different types of engagement.

Virtual reality will not kill the planetarium if we are careful to use our planetariums in the ways for which they are best suited—communal experiences with a live presenter who can tailor their presentation to the needs of their audience. Ideally VR and planetariums can supplement each other, maximizing the educational opportunities for each technology.