When many people think of constellations, they think of the Greek and Roman patterns in the sky: Orion, Ursa Major, Cassiopeia, etc. However, many cultures imagined different pictures in the stars, and discussing non-Western constellations can be an interesting and engaging way to introduce people to different ideas and viewpoints.

Many people are not even aware of why constellations were created. There were a few main reasons:

In order for constellations to be used in the above ways, the patterns had to be easily recognizable (composed of bright stars, visible from the culture's home latitude, etc.) and also memorable. The need to be memorable meant that cultures created constellations and legends that reflected what they considered important. 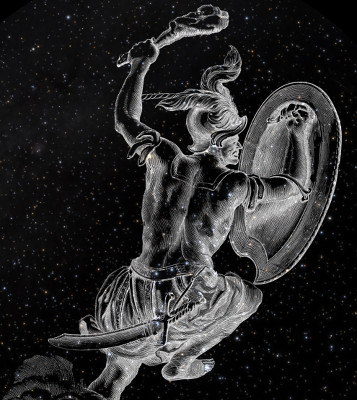 One of the most recognizable star patterns is known as Orion. The ancient Greeks and Romans saw the hunter Orion in the sky, with the famous three stars in a row representing his belt. 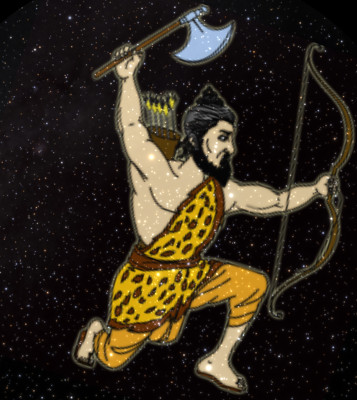 To the Hindu, the stars the Greek called Orion were Kaalpurush, a representation of the god Vishnu. Vishnu was one of the three primary gods responsible for the creation, preservation, and destruction of the world. (The other two gods were Brahma and Shiva.) Vishnu, appropriately enough, was the preserver and protector of the universe. 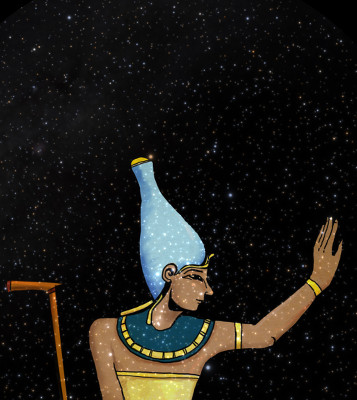 The ancient Egyptians also viewed the area of the sky around Orion as a god. To the Egyptians that patch of sky represented Sah, the father of the gods. Orion's belt was seen to be a crown on Sah's head, and the bright star Sirius (in the nearby constellation Canis Major) was Sah's wife Sopdet, a fertility goddess. 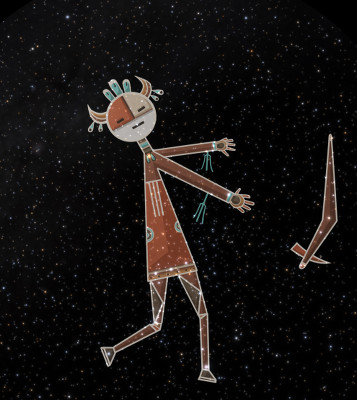 The Navajo also assigned a powerful role to Orion. The Navajo called this group of stars Atse Ats'oosi, typically translated as "First Slim One" or "First Slender One." Atse Ats'oosi was a protector, and he is sometimes pictured with a bow and arrow, ready to defend his people.

The Navajo used First Slim One to plan their planting and harvesting: When First Slim One set at dusk (in May), it was time to plant crops. Because of this association with agriculture, First Slim One is often pictured with a digging stick nearby, so that he can make holes to plant seeds.

With a Digitarium planetarium system, you can easily switch between different sky cultures to show various interpretations of the night sky. Seeing the constellations in an immersive 3D space enables audiences to see relationships between constellations in time and space that books or flat screen imagery cannot replicate.

If you would like to learn or teach about different interpretations of the night sky, here are some recommended multicultural astronomy resources:

Karrie is Director of Education and a co-founder of Digitalis. She spearheads LIPS and is often on the road at conferences. She writes the LIP Service column for the IPS Planetarian professional journal, leads the IPS Vision 2020 Professional Development team, and is an IPS Fellow.